The rate of people dying from cancer in the United States continued to decline for the 26th year in a row, according to a new American Cancer Society report.

From 2016 to 2017, the United States saw its largest-ever single-year drop in overall cancer deaths, a 2.2% plunge spurred in part by a sharp decline in lung cancer deaths, according to the report, published Wednesday in CA: A Cancer Journal for Clinicians. 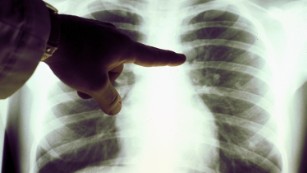 "What is really driving that is the acceleration in the decline of mortality for lung cancer, and the reason that is encouraging is because lung cancer is the leading cause of cancer death, causing more deaths in the US than breast, colorectal cancer and prostate cancers combined," said Rebecca Siegel, first author of the report and scientific director of surveillance research at the American Cancer Society in Atlanta.
"That's really important and reflects improvements in the treatment of lung cancer across the continuum from improvements in staging to advances in surgical techniques, improvements in radiotherapy, all of these things coming together," she said. "We were very encouraged to see that not only is the decline continuing for cancer mortality but we saw the biggest single-year drop ever from 2016 to 2017."

Reductions in smoking, improvements in treatment

The report included data on cancer incidence, mortality and survival in the United States from sources including the National Center for Health Statistics, National Cancer Institute's Surveillance, Epidemiology and End Results Program, the National Program of Cancer Registries and the North American Association of Central Cancer Registries. Some of the information dates back to 1930 and the most recent data is from 2017. Using that data, the report also projects estimated numbers of new cases and deaths that could emerge in the United States in 2020. 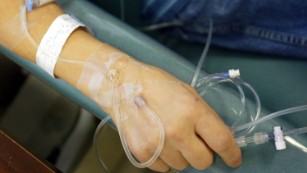 An analysis of the data showed that, since its peak of about 215 cancer deaths for every 100,000 people in 1991, the cancer death rate in the United States has continued to fall.
The report found an overall drop of 29% as of 2017, which translates into an estimated 2.9 million fewer cancer deaths than what would have occurred if death rates had remained at their peak, according to the report.
"We've had this continuous decline in the cancer death rate for the past 26 years," Siegel said.
"The biggest driver is the reductions in smoking, but also contributing are improvements in treatment as well as early detection for some cancers, like breast and colorectal cancer," she said. "It was exciting that we're seeing that decline continue because for other leading causes of death like heart disease and cerebrovascular disease progress is really slowing and in fact death rates have stabilized for cerebrovascular disease," or stroke.
Heart disease remains the leading cause of death in the United States, and cancer ranks as the second leading cause of death in the United States. 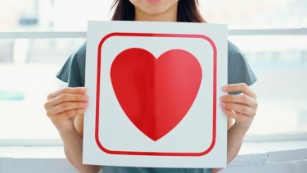 The cancers with the highest and lowest survival rates

The report projects there will be about 1.8 million cancer cases diagnosed in the United States this year, which is equivalent to about 4,950 new cases each day, according to the report.
The lifetime probability of being diagnosed with invasive cancer is 40.1% for men and 38.7% for women, the report estimated.
The report projected that an estimated 606,520 people in the United States will die from cancer this year, which corresponds to more than 1,600 deaths per day. 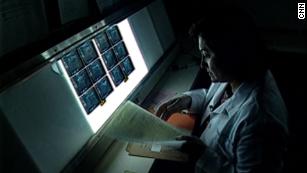 The data showed that cancer survival has improved since the mid-1970s for all of the most common cancers except uterine cervix and uterine corpus cancers.
The report found that the five-year relative survival rate for cancers diagnosed during 2009 through 2015, was highest for prostate cancer at 98%, melanoma of the skin at 92% and female breast cancer at 90%, but lowest for cancers of the pancreas at 9%, liver at 18%, lung at 19% and esophagus at 20%.
The report also found racial disparities in cancer survival, including that the relative risk of death after a cancer diagnosis was 33% higher in black patients then in white patients. 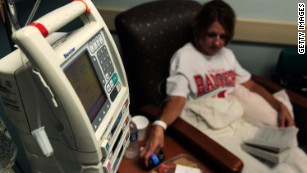 Overall, the rate of cancer incidence among men declined rapidly from 2007 to 2014 but then stabilized through 2016, according to the new report. Whereas, the overall cancer incidence rate among women remained generally stable in the past few decades.
The report had some limitations, including that the projections made for 2020 were based on data from three to four years ago, and should be interpreted with caution.

The findings in the new report were "very exciting" for Dr. Mark Awad, clinical director of the Lowe Center for Thoracic Oncology at the Dana-Farber Cancer Institute in Boston.
"For many years and through today, lung cancer remains the number one cause of cancer death both in men and women in the United States, as well as globally, and so any progress that we make in terms of reducing lung cancer mortality will certainly have an impact on overall cancer death rates," said Awad, also an assistant professor at Harvard Medical School, who was not involved in the new report.
He added that, while the report shows improvements in cancer death rates, even more can be done to improve cancer screening rates, especially when it comes to lung cancer. 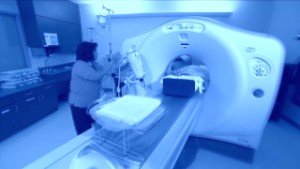 The US Preventive Services Task Force recommends yearly lung cancer screening for current or former smokers with a smoking history of 30 or more pack-years, which is equivalent to, for example, smoking one pack a day for 30 years or two packs a day for 15 years. Those recommendations are for adults, ages 55 to 80, who either currently smoke or quit within the past 15 years.
"Screening for lung cancer among patients who are current or former smokers has been demonstrated in now numerous studies to reduce lung cancer mortality, but of the patients who meet all the eligibility criteria for screening, less than 5% of patients in the US actually get screened for lung cancer appropriately. So that's a huge shortfall of where we need to be," Awad said.
"I think we've made really important headway and progress," he said. "But certainly there's a long way to go." 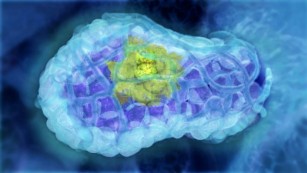 The new report highlights both the significant progress made in reducing cancer deaths and the areas where some more work needs to be done, said Dr. Charles Fuchs, director of the Yale Cancer Center in New Haven, Connecticut, who was not involved in the report.
While improvements in cancer treatments, such as immunotherapies, have played a role in reducing cancer deaths in the United States, Fuchs said there is still much to learn about how to advance new and emerging treatment options even further.
Immunotherapy is a type of cancer treatment that helps the immune system fight the disease.
"Those treatments work for some cancers, but not all. So I think we have to better understand how can we further leverage that success to understand how to activate the immune system to attack the other major cancers," Fuchs said.
He also said that improvements could be made in reducing racial and socioeconomic disparities, increasing cancer screening rates, such as for colon cancer, and reducing the prevalence of certain risk factors for cancer, such as overweight and obesity. It has been estimated that about 20% of all cancers are tied to excess weight.
"The bottom line is that this report is great news," Fuchs said.
"I don't want to overlook that fact, nor do I want to minimize that fact," he said. "This report demonstrates extraordinary progress in our battle against cancer in terms of detection, improving treatment, improving mortality, improving screening technologies -- and given that tremendous success, I'm excited about the opportunity to work toward even more improvements."

RT @Medtronic: As part of our efforts in the fight against #COVID19, we are gathering #ENT experts from around the world for a virtual roun…

RT @SBAgov: GO VIRTUAL: Offices may be closed but you can still get FREE small business consulting, mentoring, & training from Small Busine…

RT @Medtronic: Today, on #WorldHealthDay, we want to give a special thanks to global healthcare workers for their courage and sacrifice in…

RT @OrthoClinicalDX: Unprecedented times like these remind us why we work hard to help ensure laboratorians have the results they need to p…

RT @syracusedotcom: Live now: We’re answering your questions about the coronavirus relief package with Lynn Mucenski-Keck, a partner at The…