From Prototype to Production

By: Since 1966, PEKO Precision Products has been a contract manufacturing company specializing in manufacturing and designing equipment, machinery, and major mechanical assemblies in order to help move innovative ideas to full-scale production.

There seems to be no limit to the innovative advances coming from the wind-energy industry, but when it comes to moving a prototype to mass production, that innovation can sometimes hit a roadblock.

The minds behind PEKO Precision Products understand that all-too-often challenge, and the company prides itself into moving fledgling products to the next level.

“We get all sorts of technologies that come around here,” said Scott Baxter, marketing and business development manager with PEKO Precision Products. “I never know what’s going to walk through the door. With renewables, it’s a budding, exciting industry. It’s a new industry. What you’ve got out there, from our perspective, is a lot of new product innovators. They might come from a startup-type ecosphere or have a startup complexion to them. They might come from a large company that is getting into a new segment. But they do have this thing in common where they always have a skilled set of core technology experts. They’re usually very good at, ‘How do I take this motion and turn it into energy?’ And they’ve all got their own secret sauce or variations of other secret sauces. But where they struggle, whether it’s a big company or not, is how they get a unit made.” 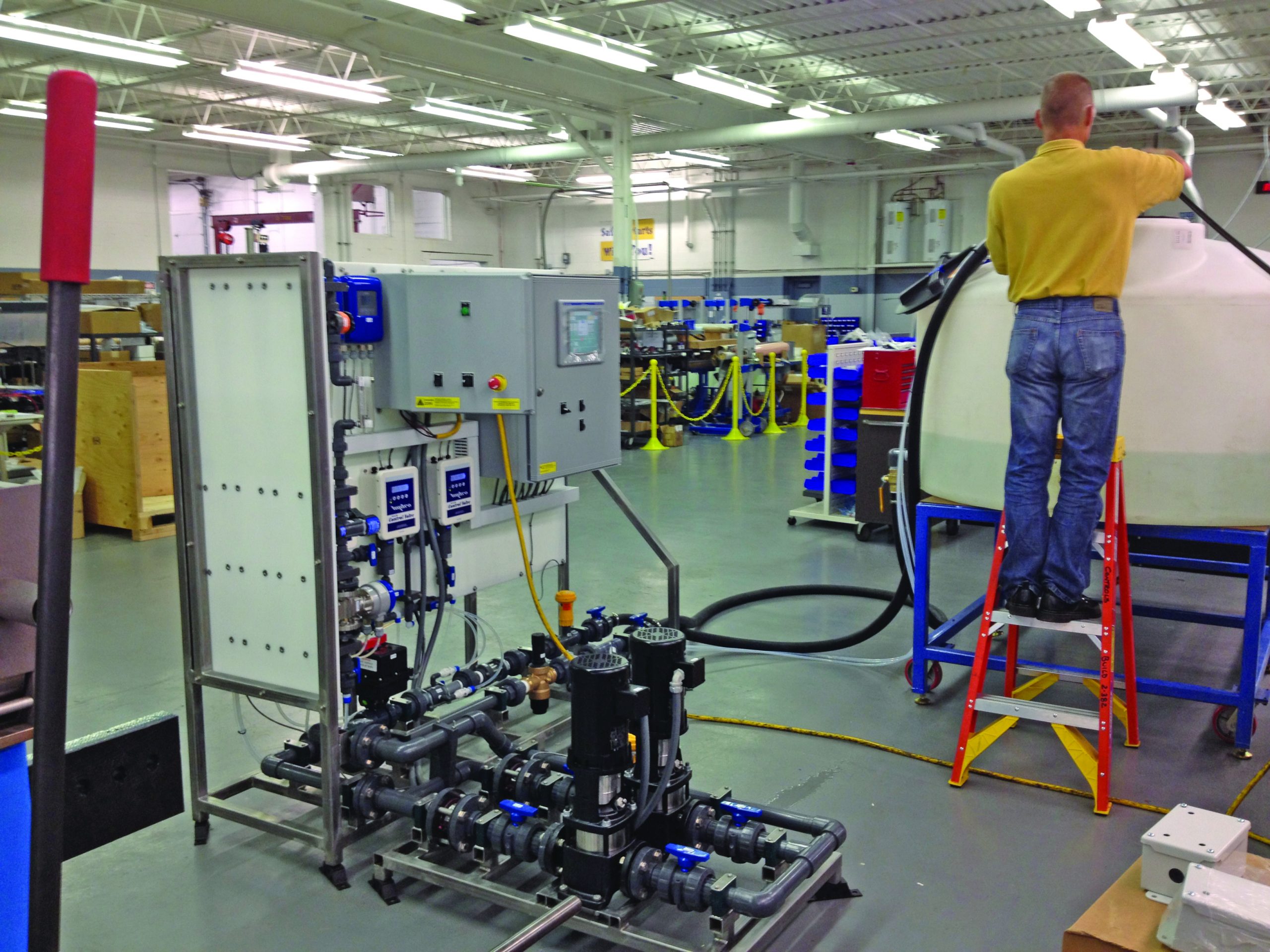 To that end, PEKO is a multi-faceted advanced center for technology development and product commercialization with a dedicated division that aims to help alternative energy companies bring hardware, machinery, and equipment to market in order to fuel growth through customized commercialization programs.

In recent years, the company has put a major focus on renewable energy and U.S.-based manufacturing, offering a full range of in-house contract manufacturing services specifically designed for renewable energy machinery and equipment manufacturers. In addition to the wind industry, PEKO also works with other renewable sectors including fuel-cell power generation, energy-storage systems, and solar and photovoltaic.

With its depth of experience that spans 50 years, PEKO has put itself in the ideal position to help innovators move from working concept to repeatable machinery and equipment, according to Baxter.

“That’s a heavy lift,” he said. “So, having the engineering team here is paramount to that. We’re a manufacturer and engineering firm. Commonly, a lot of folks show up at the door and they’ve got this first prototype, this feasibility unit. And they say, ‘Well, I’ve got one. I’ve got to build 100 every year from now on. How in the world am I going to do that?’ And they just don’t know. That question is not answered very well by industry in general. That’s what the engineering team does. It’s a new product introduction division that takes that one unit and commercializes it and sends it over to our production group. And that can take six months to a year or more to get all that going.” 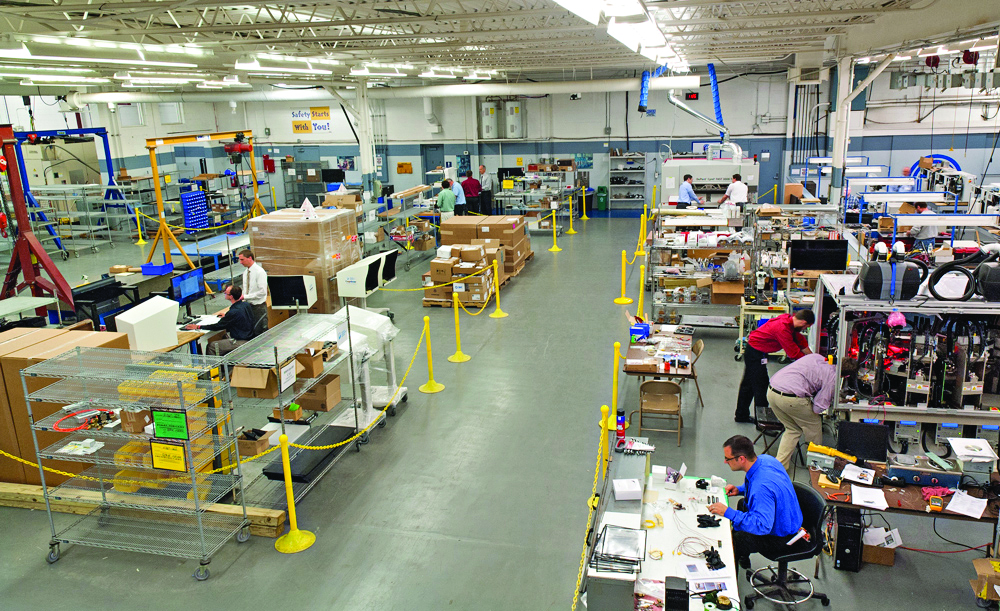 Baxter points to a recent example PEKO did for a wind-energy company that needed help mass producing a transmission system.

“They were trying to optimize the power curve as it comes in through the turbines,” he said. “You can think of a piece of equipment as roughly eight feet tall, eight feet long, and eight feet wide. It’s a large transmission. We helped him take this idea he had and some basic concepts and turn it into something he could actually go out and show more investors and put into a turbine. That was a really good day. When you think about the equipment involved in wind, that’s a perfect example. There are some smaller applications that come in every once in a while. We had a company that was doing some small turbines, building mounted. We were optimizing the manufacturing of the housings for the turbine.”

With wind and other renewables and their related industries only getting bigger and bigger in the U.S., Baxter emphasized it is an exciting time for PEKO.

“At heart, this is a group of engineering fanatics,” he said. “To us, this is an exciting industry because it’s a place where we can take our knowledge of building equipment and our knowledge of physics — maybe we’re not experts to the Nth degree, but we can add some applied expertise there. And for us, that’s exciting. When we see these jobs come across our plate, we get interested in engineering problems. That’s a company philosophy.

And as the industry has grown, Baxter said there are two things that have kept PEKO with its finger on the pulse of new innovations: patience and buy-in.

“Patience is this: These are new technologies; we understand that, and, quite frankly, there are a lot of companies that fail; there are a lot of ideas that fail,” he said. “Having the patience to at least listen to some of these folks and say, ‘Let me hear more about your idea. How did you crack the nut? And now what are you going to do with that?’ How can you be sure the market will accept your solution? It’s a difficult conversation, so we have to have the patience to talk to everybody and realize not every company’s a fit for us as a business. Now we have this growing network of like-minded manufacturers that enable us to say, ‘Well, all right. Maybe PEKO can’t help you. But here’s a place that might be able to help. Here’s some resources.’ I think that’s super valuable. You should never really turn anyone away because they have an idea that you can’t help with or maybe seems a little off the wall to you. I think all the good ideas started with that kind of connotation.” 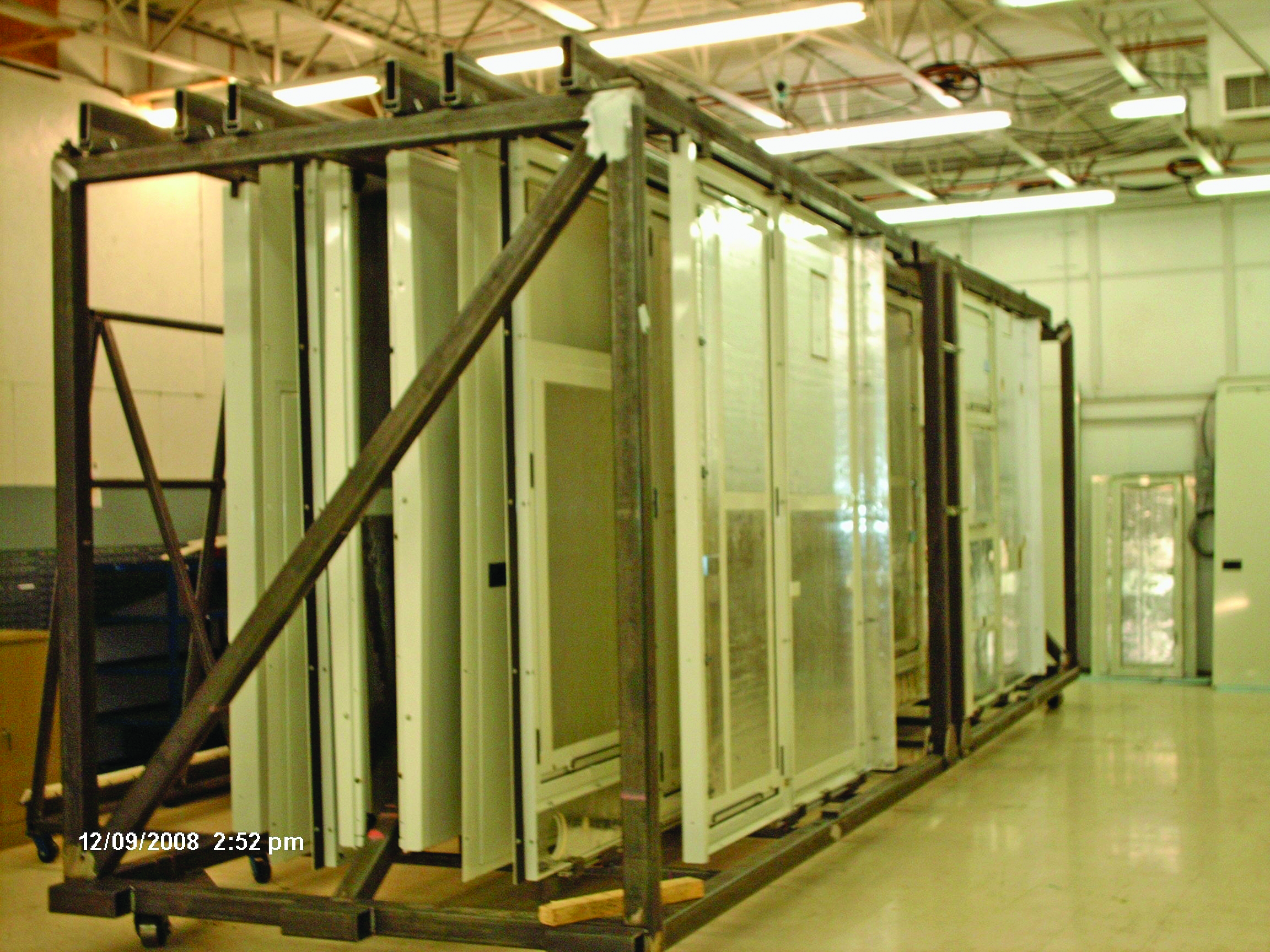 That’s the patience part of the equation, according to Baxter. The buy-in part comes from PEKO’s expertise in the industry.

“We’ve been working with renewables since the early 2000s,” he said. “We do have some sense of what we think might work and what we think might not. Some people are really resistant to renewables right now. Wind sometimes has that connotation to it because some of the other ones are more well-known or you see them every day. People are more familiar and probably see solar panels out every day. But you don’t really see a wind turbine every day. Buy-in is another thing. But luckily, we have this physics background. Between us, we see that the energy industry is trending that way and is starting to work and there are a lot of technologies that really do work and that can deliver what they promise. That, combined with, again, this fun engineering challenge, I think a lot of folks around here are more bought in now than they’ve ever been.”

Working with a client so that it can take advantage of all PEKO has to offer is an ongoing process, according to Baxter.

Once that’s established, Baxter said the company would want to know why a potential client is approaching PEKO in the first place, and then address that at a technical level.
“They may come to us and say, ‘I can make 1, but I certainly can’t make 100, nor do I know how,’” he said. “That’s just a superficial level, just to understand each other, build a relationship. The second is: Now we’ve got to do work. We’re going from talking to doing work. The engineering team, the NPI — new product introduction team — has to get with that person. A little bit of this will actually happen at the quoting stage to say, ‘What have you got? What don’t you have? Do you have proper manufacturing documentation? Have you run tests? Do you have CAD models? Do you have a bill of materials? Do you have print package that’s manufacturable? Is this thing itself manufacturable?’ And then, ‘Can you show us a sample? Can you show us what it’s selling? Can you show what you would wish to achieve that you aren’t quite achieving yet?’”

There is a lot involved in undressing a client’s challenge at a technical level, but Baxter said he thinks customers appreciate that because they sometimes lack that bridge between engineering and manufacturing. 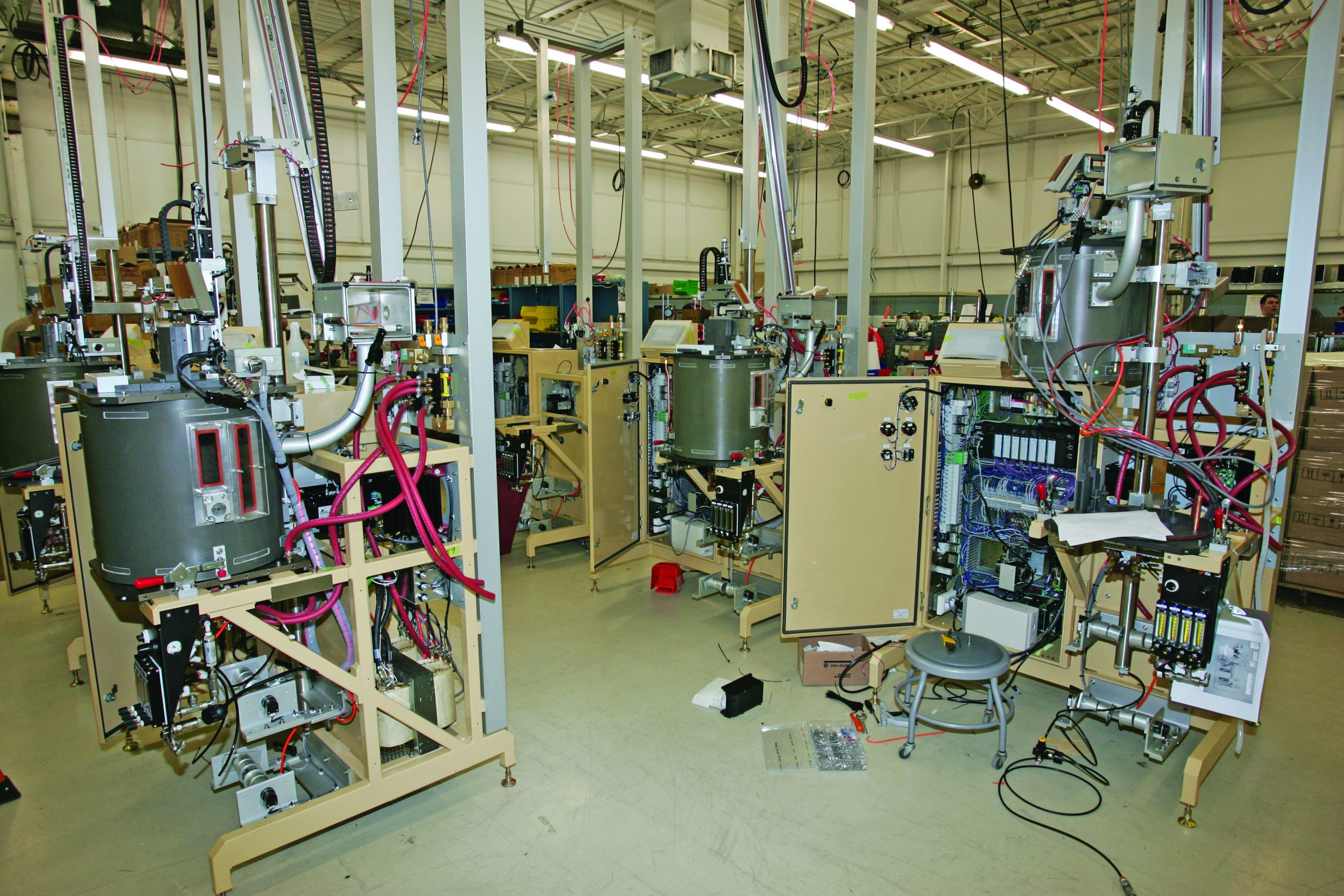 From basement to major player

It’s interesting to note that PEKO’s gamut of expertise it can offer now began, simply enough, in 1966 with three guys in a little tool-and-die machine shop working in someone’s basement.

As the company moved into the 1980s, it started building machinery and equipment where one side of the business was doing metal fabrications while the other side was doing equipment top-level systems machinery builds for companies such as GM and Delphi. In the 1990s, PEKO ventured into contract capital equipment builds for companies such as Kodak, IBM, and Xerox. Moving into the 2000s, PEKO expanded into more contract manufacturing.

“We build machines; we build equipment,” Baxter said. “We’re still leaning heavy into metal fabrication for difficult stuff, and all of this is grounded with an engineering base.”
That varied background coupled with decades of expertise has put PEKO in a unique position to help usher the exponential growth of wind and other renewables, according to Baxter.

“We see it exploding; all signs point that direction,” he said. “We’ve invested heavily this year in growing the segment. We have more inquiries than ever from the renewables industry. But this year, we started really hitting that campaign hard. So, it’s going to take some time for a lot of that to materialize. But we’ve got our sales up in that direction, so we’ve made a spot for it in our business model. As far as renewable energy goes, we’re there by its side, whether it’s wind or whether it’s energy storage or solar.”